Wolves at the Borders

They're here again. They plunder and kill. They bring fear and hope and divide society. The wolves are back!

As part of the Film and Climate cycle, we are screening another film from the work of FAMU graduates, the documentary Wolves at the Borders (2020). It also happens to be on the night of the full moon.

The protagonists Lenka Štíhlová and Tomáš Havrlant will take part in the debate after the film, and so will the filmmakers: Zuzana Kučerová (producer), Martin Páv (director), Matěj Beran (editor), Petr Racek (camera). The evening will be moderated by Martin Polák.
The film will be screened with English subtitles.

The event is organized by the FAMU for Climate association in cooperation with the NFA and the AMU Environmental Panel.

Admission is FREE, as with all screenings of the Film and Climate cycle. 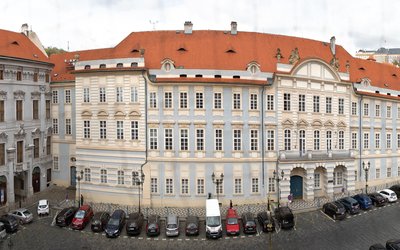