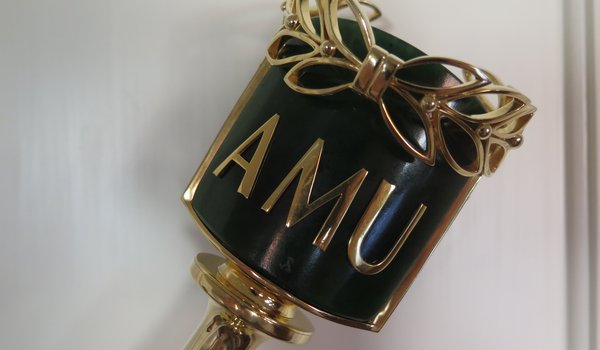 The Academy of Performing Arts in Prague (AMU) is a member of many prestigious international organisations that focus on educational, artistic and cultural activities. Through its membership in international organisations, AMU contributes to European integration in the field of art and to the further development of art, as well as to collaborations between different artists and art institutions on a global scale.

European University Association (EUA)
The European University Association (EUA) represents more than 800 universities and national rectors’ conferences in 48 European countries. EUA plays a crucial role in the Bologna Process and in influencing EU policies on higher education, research and innovation. Through continuous interaction with a range of other European and international organisations, EUA ensures that the independent voice of European universities is heard. EUA works with members and partners on a wide variety of cross-cutting issues inherent to or associated with the higher education and research sector.

European League of Institutes of the Arts (ELIA)
ELIA is a globally connected European network that provides a dynamic platform for professional exchange and development in higher arts education. With over 250 members in 47 countries, it represents some 300.000 students in all art disciplines. Its cross-disciplinary quality makes ELIA unique as a network. ELIA advocates for higher arts education by empowering and creating new opportunities for its members and facilitating the exchange of good practices. Its aim is to stimulate reflection and critical thinking. As a knowledge platform, ELIA organises events and initiates and supports projects that are in line with the strategic focus.

European network on cultural management and policy (ENCATC)
ENCATC represents, advocates, and promotes cultural management and cultural policy education, professionalizes the cultural sector to make it sustainable, and creates a platform for discussion and exchange at European and international level. ENCATC represents all disciplines in the arts and culture. It is an NGO holding the status of official partner of UNESCO and of observer to the Steering Committee for Culture of the Council of Europe. The strength of ENCATC comes from its members and from their understanding of the importance of the multiple aspects and impacts of education and training for the sustainability and competitiveness of the cultural sector.

European Alliance of Academies
The European Alliance of Academies aims at initiating an alliance of art academies and cultural institutions across Europe – a transnational network that advocates for the freedom of the arts. Through new forms of cooperation, the participating institutions support each other and show solidarity towards one another whenever needed. The institutions that committed to this idea come from almost every country of the European Union – a strong signal that the need for this solidarity-based alliance is high, especially in view of the Covid-19 pandemic and its political consequences. The partner institutions include renown art academies, national actors in cultural politics but also smaller cultural institutions.

Universities for Enlightenment
Universities for Enlightenment unites representatives of the Rectors’ Conferences of Austria, Croatia, the Czech Republic, Germany, Italy, Poland, Serbia, Slovakia, Slovenia, and Switzerland. The network comprises of rectors’ conferences that represent 625 higher education institutions. The members encourage their governments to support higher education institutions in the fulfilment of their fundamental roles and core values through the provision of adequate resources and legal frameworks. They work together across 10 nations in Europe to foster fundamental values of higher education. Academic freedom and integrity of research and teaching, institutional autonomy, the meaningful participation of students and faculty in higher education governance, and public responsibility for higher education are key elements for its functioning and development.

Association Européenne des Conservatoires, Académies de Musique et Musikhochschulen (AEC)
AEC is a European cultural and educational network with around 300 member institutions for professional music training in 57 countries. AEC is the leading voice for Higher Music Education in Europe, a powerful advocate for its member institutions. AEC sees professionally focused arts education as a quest for excellence in three areas: artistic practice; learning and teaching; ¬¬research and innovation. It seeks to foster these elements and to encourage the diversity and dynamism with which they are pursued in different institutions, countries and regions. AEC understands and supports music and arts education as central contributors to quality in human life, and inclusive societies founded on democratic values. ¬

International Association of Film and Television Schools (CILECT)
CILECT is the association of the world's major film and television schools. It was founded in Cannes in 1955. Its goals are to provide a means for the exchange of ideas among member schools, and to help them understand the future of education for creative personnel in film, television, and related media. It is dedicated to the creation, development and maintenance of regional and international co-operation among its member schools, and to the encouragement of film and television training in the developing world.